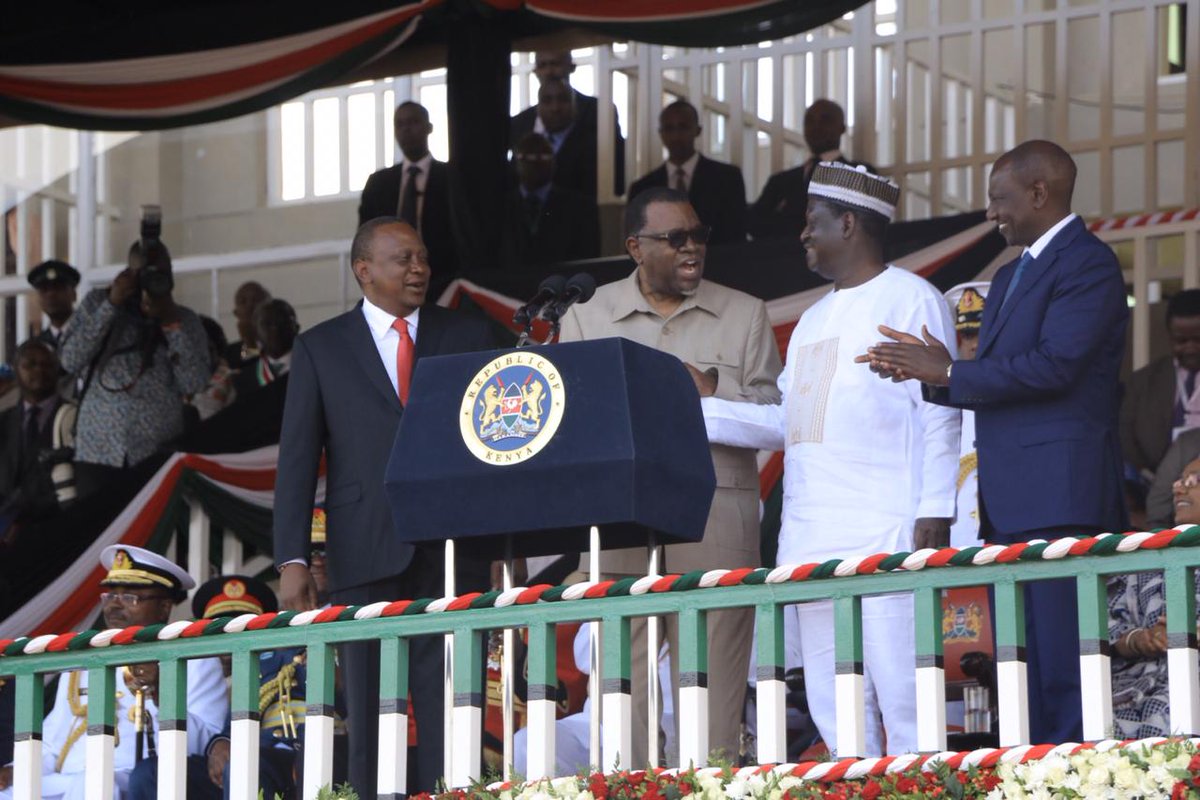 ODM politicians have rebuffed calls to their party leader Raila Odinga to quit local politics owing to his AU appointment.

Raila was named AU High Representative for Infrastructure on October 20, a position he accepted.

Politicians allied to Deputy President William Ruto on Sunday asked the ODM leader to quit national politics to concentrate on the new assignment.

They argued that Raila’s new job is quite demanding and he should distance himself from local politics.

Their remarks come amid claims from the DP’s critics that he is using his allies to campaign for his 2022 presidential bid. Ruto has dismissed the allegations and said he is “focussed on development”.

“We don’t want to hear politics of tibim and tialala anymore from him. Let him go to his new office in South Africa and work from there,” Kimilili MP Didmus Barasa said during a rally in Eldoret.

South Mugirango MP Sylvanus Osoro urged the Kalenjins to back Ruto fully because he deserves to succeed Uhuru in 2022.

“Out there, we’re organised well to back Ruto. We ask you, the people of Rift Valley, not to let us down,” he said.

Tomitom responded that Ruto will have no problem getting full support from his backyard. Kiharu MP Ndindi Nyoro urged Raila to ensure his NASA allies Kalonzo Musyoka and Musalia Mudavadi also get international jobs. He said Mt Kenya will back the DP.

But Raila’s backers dismissed the call saying the opposition leader has a right to vie in future elections and to dictate the country’s political agenda.

Sumra said: “Raila will decide when to retire from politics. As things stand now, he is still the force that dictates the political agenda in this country.”

The three said during a presser at ODM headquarters in Nairobi that the new position has instead elevated Raila’s status in local and international politics.

Oluoch said: “Whereas we appreciate everyone’s democratic right to the freedom of speech and expression, it is foolhardy for anyone to think they can use this appointment to force through their ambitions by proxy even when Kenyans have no time for them.”

“No one asked Raila to join politics and none should ask him to retire,” Sumra said. “Let Ruto stop the linking Raila’s appointment to the 2022 politics.”

The politicians said Raila’s appointment will not stop the push for constitutional change through a referendum.