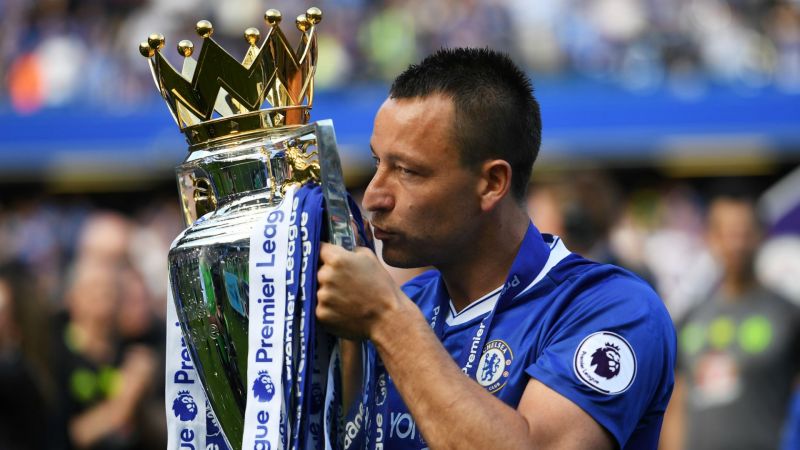 Former Chelsea and England captain John Terry has announced his retirement from football.

Terry has been without a club since being released by Aston Villa at the end of last season, with the club losing out in the Championship play-off final to Fulham.

However, speculation has mounted that Terry could return to Villa Park as assistant manager to Thierry Henry, who is favourite to take over from sacked boss Steve Bruce.

Such rumours are sure to increase after Terry took to Instagram to confirm he is hanging up his boots.

“After 23 incredible years as a footballer, I have decided now is the right time to retire from playing,” Terry posted.

Terry, who won five Premier League titles during his time at Chelsea, rejected a move to Spartak Moscow for family reasons earlier this season and he has also been linked with a return to Stamford Bridge on Maurizio Sarri’s coaching staff.

The 37-year-old notably thanked Villa in his retirement announcement, although he indicated his “heart will always belong to Chelsea”.

A career of highs and lows

Terry made his debut as a 17-year-old against Aston Villa in the League Cup in October 1998, and scored his first goal for the club in an FA Cup sixth-round tie against Gillingham in 2000.

However, the following year Terry was one of four Chelsea players fined two weeks’ wages by the club following their behaviour at a hotel in the aftermath of the September 11 attacks in the United States.

He was integral to the Blues claiming both the Premier League title and the FA Cup in 2009-10, making more than 50 appearances as Chelsea became just the seventh club to do the double.

However, he was twice stripped of the England captaincy, before being banned for four matches and fined £220,000 for racially abusing QPR defender Anton Ferdinand.

He also missed the 2012 Champions League final, in which the Blues beat Bayern Munich on penalties, through suspension.

Terry scored four goals in 35 league games as Chelsea claimed the Premier League in 2014-15, but has found his playing time limited under Antonio Conte.

He joined Aston Villa on a one-year deal and played 36 times, scoring once, in his final season as a footballer as the Birmingham club finished fourth in the Championship before losing in the play-off final.