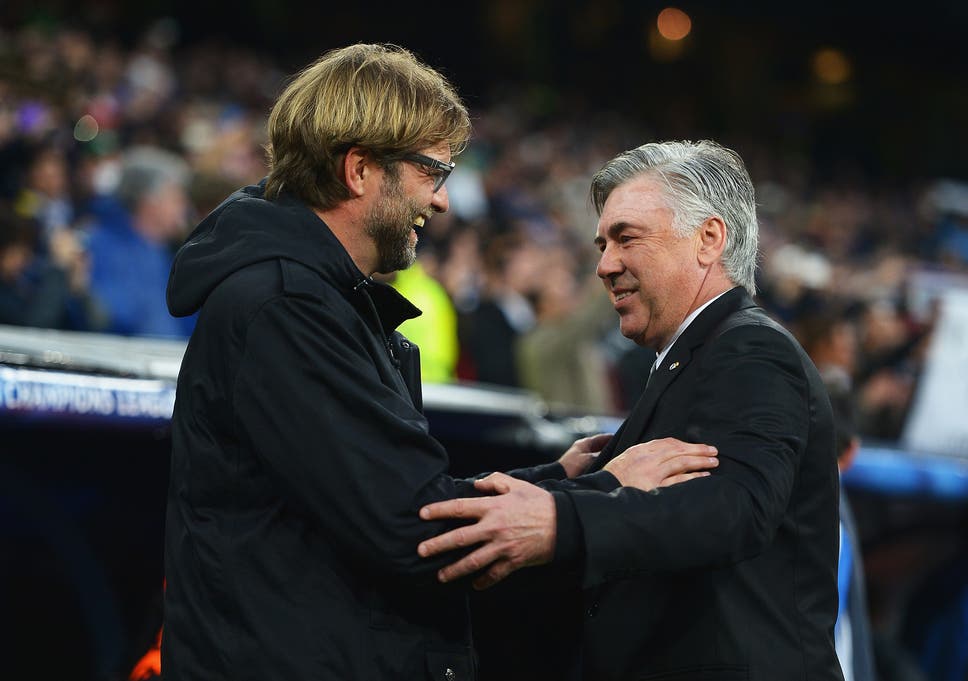 Liverpool manager Jurgen Klopp has said he will not be lulled into a false sense of security by Napoli counterpart Carlo Ancelotti  ahead of their clash in the UEFA Champions League on Wednesday.

the Italian said Liverpool have improved to “become one of the strongest teams in Europe” under Klopp.

The German appreciated the flattery when told about Ancelotti’s comments but responded:

“I have had a few interviews for television stations, and they were all so positive and told me Carlo was so positive as well. We can start with this. I like Carlo Ancelotti, I respect him a lot. He’s a fantastic guy, he was a world-class player and he’s a world-class manager. And as we say in Germany, he’s obviously a smart fox! Giving all these positive things about us, saying all these nice things about me before a game—it’s nice, obviously, but it’s tactics. Carlo is so long in the business, and he wants to try to bring the very nice fella out of me! I am here to be ready for a real battle and stuff like that. I don’t care what people say about us in the moment and how they see our situation.” 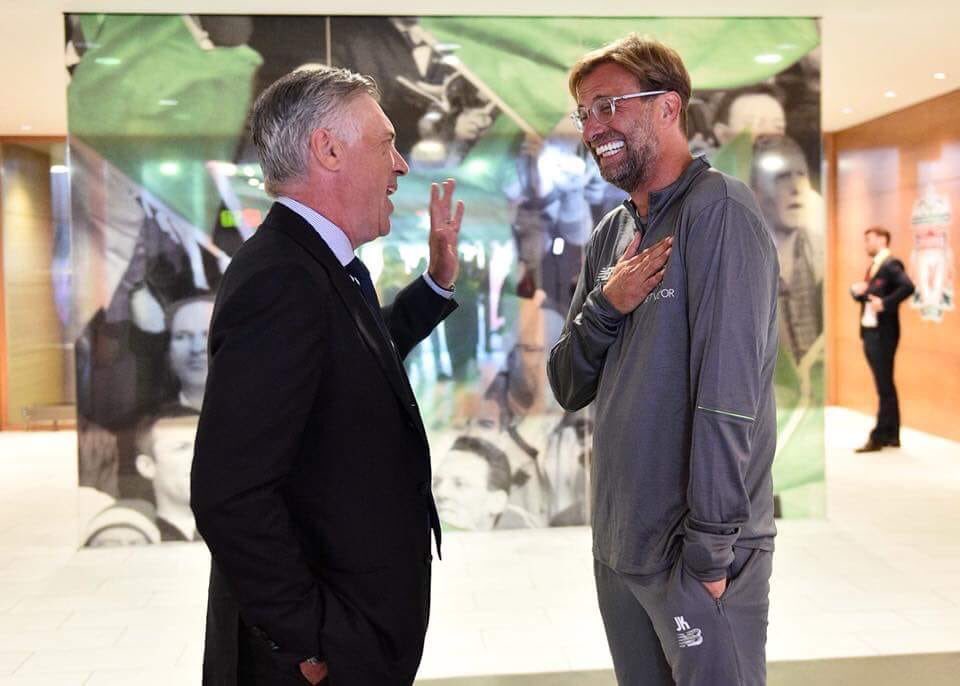 Liverpool will be hoping to build on a 3-2 victory over Paris Saint-Germain in their opening match, and after Napoli were held to a 0-0 draw by Red Star Belgrade in their opener, another victory would give the Reds a leg up in a difficult group.

Whether Ancelotti had an ulterior motive with his flattery or not, he’s right that Liverpool have improved significantly in recent years.

The Reds also play some excellent football under Klopp, not only because of their stronger squad but also the intense, attacking play the German favours.

Napoli developed a reputation as one of the most exciting teams in Europe during Maurizio Sarri’s three years in charge, though they’ve trended a little more toward function than flair since Ancelotti took charge in the summer.

The Partenopei have started the campaign reasonably well, though, and they still boast a great deal of talent in their ranks, so it will be a difficult match for the Reds at the Stadio San Paolo.