Chelsea head coach Maurizio Sarri has revealed that he intends to make changes to his side for the Europa League fixture with Videoton on Thursday night.

Sarri opted against making wholesale alterations for the opening encounter with PAOK in Greece, despite the game coming before a London derby with West Ham United and back-to-back contests with Liverpool.

However, Sarri has acknowledged that the recent period has taken its toll – both mentally and physically – and has indicated that he will rest some of his first-team regulars for the game at Stamford Bridge. 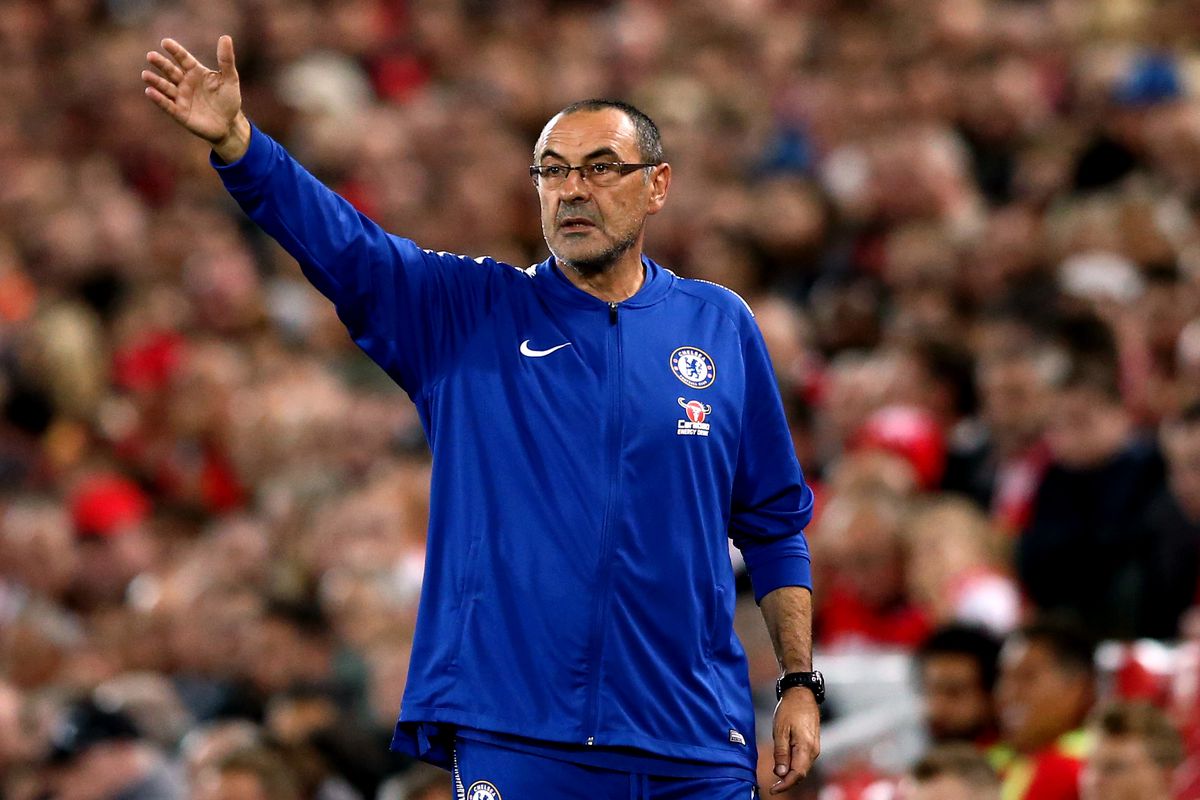 At a press conference, the Italian told reporters: “I don’t know. I don’t think that in West Ham we didn’t win because of the match in Greece. We changed a lot of players so I don’t think the reason was that.

I don’t know how many players but we need to change.”

Sarri has suggested that Ruben Loftus-Cheek should be available to start the game in West London after recovering from injury.

Maurizio Sarri thinks it is too soon to consider Chelsea as the team to beat in the Europa League, despite his eagerness to win a trophy.

Having claimed a 1-0 win at PAOKin its opening group game, the Blues host Hungarian side Vidi at Stamford Bridge on Thursday looking to take a further step towards the knockout phase.

Chelsea is widely considered the favourite to lift the trophy it last won in 2013, but Sarri is wary of becoming complacent before the teams who finish third in their Champions League groups enter the competition at the last-32 stage.

However, the Italian admits he is eager to deliver silverware in his first season at the club, even if he does not lose sleep over the pressure to win.

“We want to arrive to the end [of the competition],” he told a news conference. “But I don’t know. The Europa League is a very unusual competition. At the moment, we don’t know the names of all the opponents. In the second round will arrive eight teams from the Champions League. It’s very difficult.

Chelsea dropped points in the Premier League for the first time this season after its win over PAOK, as it was held to a 0-0 draw by West Ham three days later.

Sarri, who plans to make a number of changes to his line-up for Vidi’s visit, admits it is more difficult to balance commitments in the Europa League than the Champions League, although he refused to blame the draw against its London rival on its trip to Greece.