Suspected Gor Mahia fans left a trail of destruction in Kisumu town on Sunday, before the club’s match against Mathare United.

People wearing green K’Ogalo jerseys wreaked havoc at the popular Kakwacha eatery, which has three branches in the town.

The attackers injured three Kakwacha staff members, who were then taken to facilities including Jaramogi Oginga Odinga Teaching and Referral Hospital.

The proprietor of the eatery, Mrs Pauline Akwacha, said hell broke loose when the group demanded that vehicles that were parked outside the establishment be moved to create space for them. 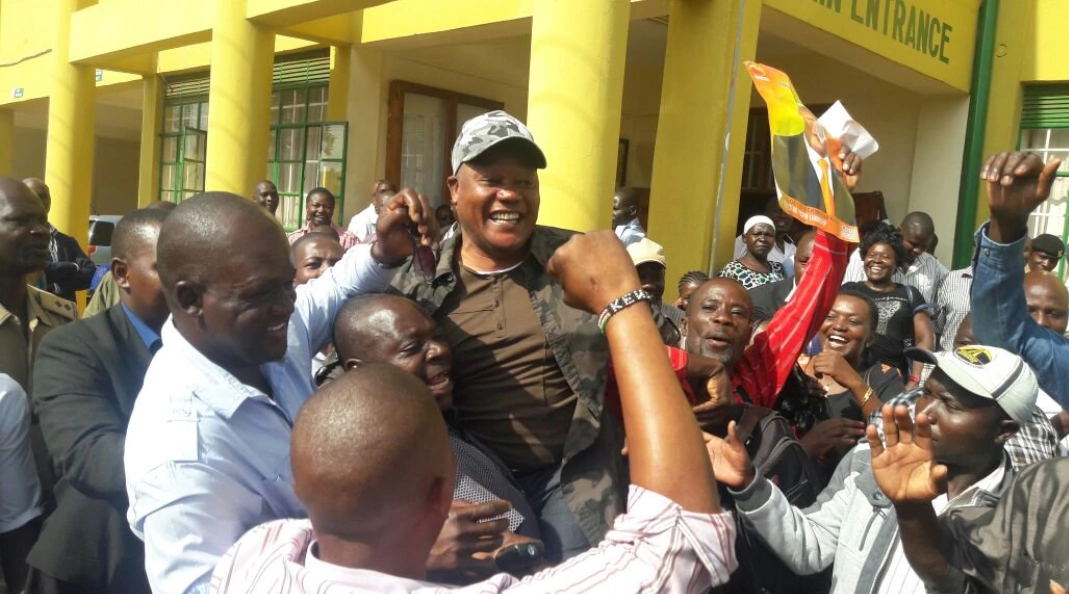 “At first we thought they were making genuine complaints but they descend on my staff with beatings and threw crates of soda, scaring customers. Some went away without paying for their food,”

She said a waitress identified as Janet suffered head injuries and was taken to Jaramogi hospital, treated and discharged.

“Other staff members, Robert and Brenda, were also beaten. Brenda was treated at Aga Khan and Robert at Victoria hospital.”

A waitress at Kisumu’s Kakwacha eatery, who was identified as Janet, is treated at Jaramogi Oginga Odinga Teaching and Referral Hospital, following an attack by people believed to be Gor Mahia fans, September 30, 2018. PHOTO | COURTESY

Gor Mahia Vice Chairman George Ong’udi said they could not tell whether the attackers were genuine Gor Mahia fans.

“We don’t condone hooliganism. We shall find out whether those were our fans,” Mr Ong’udi said.

A man who was injured at Kakwacha eatery in Kisumu County, where people believed to be Gor Mahia fans caused chaos on September 30, 2018. PHOTO | COURTESY

Kisumu City Residents Voice Chairman Audi Ogada complained that police did not respond in time, “despite the existence of a police post at the Main Bus Park where the incident occurred”.

“Once again police have been put on the spot for poor response. The police post is barely 200 metres from Kakwacha hotel but police failed to respond and arrest the culprits,” Mr Ogada said.

Mr Boronjo neither confirmed nor denied the occurrence of the chaos and failed to state whether arrests had been made.

A vehicle that was damaged in Kisumu County, where people believed to be Gor Mahia fans caused chaos on September 30, 2018. PHOTO | COURTESY

The attacks preceded a match between Gor Mahia and Mathare United that ended in a 2-2 draw.

Gor Mahia were crowned the 2018 SportPesa Premier League champions at Moi Stadium, Kisumu, in what was another day of history-making for the giants.

As has been the norm, Gor Mahia fans turned up in large numbers with all kinds of paraphernalia, and painted the lakeside city green, before converging at the stadium to witness their team’s coronation for the 17th time.

K’Ogalo had successfully defended the title with six games to go, and Sunday’s draw took their points tally to 72.