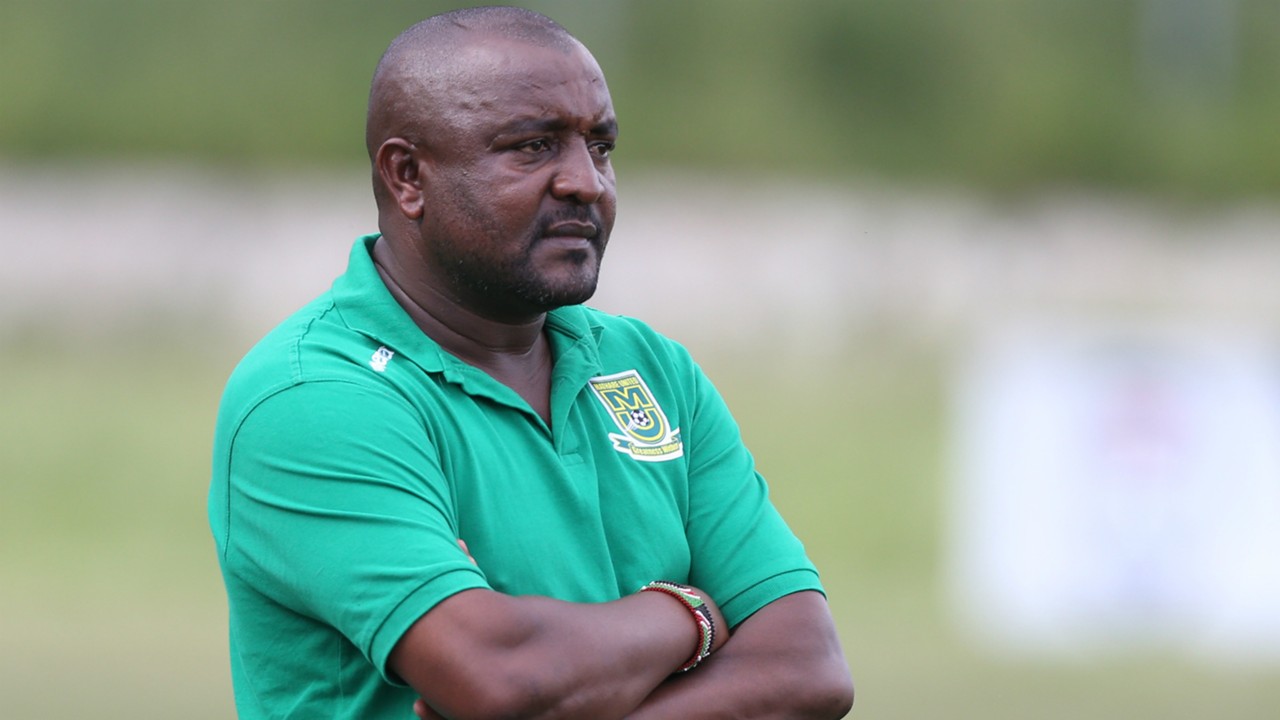 The result left Kerr still looking for his maiden win over Mathare’s Francis Kimanzi in the league
Jacques Tuyisenge hit his 14th goal of the season that saw Gor Mahia crowned the 2018 Kenyan Premier League champion in Kisumu on Sunday following a 2-2 draw over Mathare United on Sunday.

Klinsman Omulanga inspired Mathare battled from two goals down to deny Dylan Kerr maximum points from Mathare in four attempts. Mathare beat Gor Mahia both home and away last season then settled for a 2-2 draw in the first leg.

But Tuyisenge’s opener and a second-half thunderbolt by Humphrey Mineo finally gave Dylan Kerr his first victory over Francis Kimanzi in the league in Kisumu.

Tuyisenge beat an offside trap from a well-lobbed ball behind the defenders and a composed Rwandan forward went past Job Ochieng, then fired from his weak foot to give K’Ogalo the lead with just eight minutes played.

A motivated Tuyisenge was waved down for an offside after he was set free by Ephraim Guikan just three minutes later as Gor Mahia players work tirelessly to create chances for their lead attack, who is in line for the Golden Boot race.

Mathare United came close to chopping off the lead, but Fredrick Odhiambo came off his line to close the space for Cliff Nyakeya as Gor Mahia survived a rare scare from the ‘Slum Boys’. Roy Okal committed a foul just outside the edge, but Haron Shakava’s hard shot didn’t penetrate the solid wall. A follow-up effort by Guikan was adjudged for an offside.

Mathare had to wait until the 20th minute for their their first shot on target, but a composed Odhiambo made the work easy from a hard shot by Clifford Alwanga. Samuel Olwande denied Guikan an open goal with a standing evasion worth of a save after the Ivorian rounded Ochieng only for an on charging Olwade to pull a clearance from the line, much to the dismay of Guikan and Gor Mahia fans.

George Odhiambo missed a third clear chance for Gor Mahia just four minutes after the water-break in a sweltering Moi Stadium. The former Azam striker fooled everyone, including his teammates when he opted to go for a goal when instead of a cross but his effort missed the target by a skin of a tooth in the 34th minute.

Mieno fired past an exposed Ochieng after Mathare United failed to deal with a George Odhiambo well delivered corner by ‘Blackberry’.

Substitute Omulanga scored his second goal of the season for Mathare United when he pulled one back in the 66th minute from a defence splitting pass from Cliff Nyakeya, that was cut back by Johnstone Omurwa.

Nyakeya drew the game leveled from the spot after Joash Onyango conceded a penalty. Omulanga won a penalty for the former champions as Mathare turned the heat on Gor Mahia with 13 minutes remaining to the final whistle.

The result left Kerr still looking for his maiden win over Mathare’s Francis Kimanzi in the league.