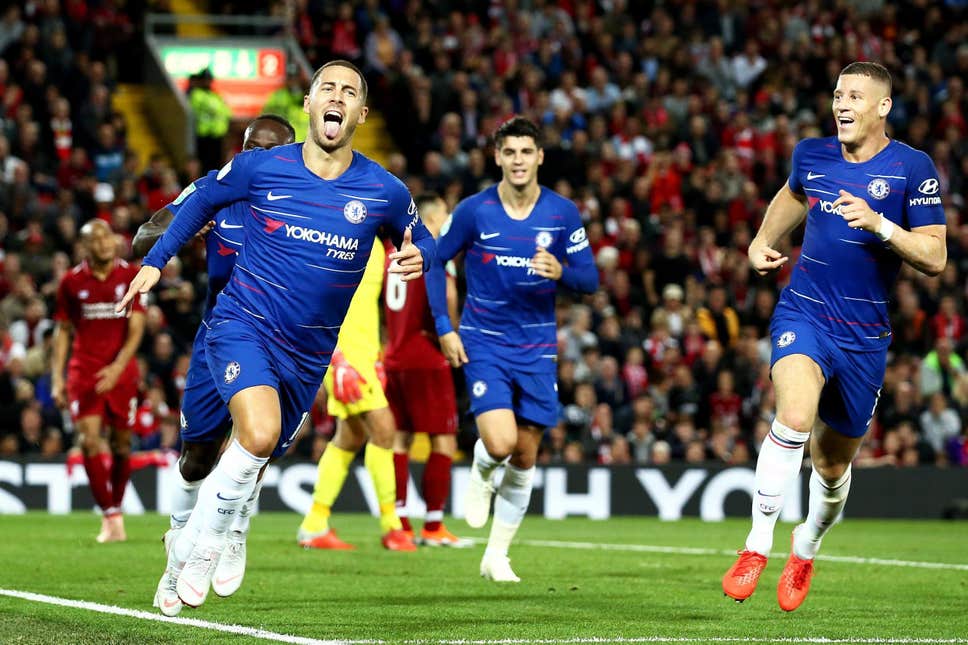 That’s the view of Reds hero Jan Molby, who says that a full-strength Reds will have a better chance of stopping Eden Hazard.The Belgium international was the star of the show at Anfield on Wednesday, coming off the bench to inspire the Blues to a come from behind win against Liverpool in the Carabao Cup.And the 27-year-old has hit the ground running in the league so far this season, scoring five goals in Chelsea’s six unbeaten matches.

Liverpool have themselves started their campaign in fine form, winning all six of their Premier League matches and topping the table.