Chelsea star Eden Hazard rated his stunning solo effort that dumped Liverpool out of the EFL Cup as one of his greatest goals.

Hazard stole the show at Anfield, where Chelsea overturned a 1-0 deficit to rally to a 2-1 win in the third round thanks to the Belgian attacker on Wednesday.

After being named among the substitutes, Hazard came off the bench and delivered the free-kick for Emerson Palmieri’s 79th-minute equaliser before producing a moment of individual magic with five minutes remaining. 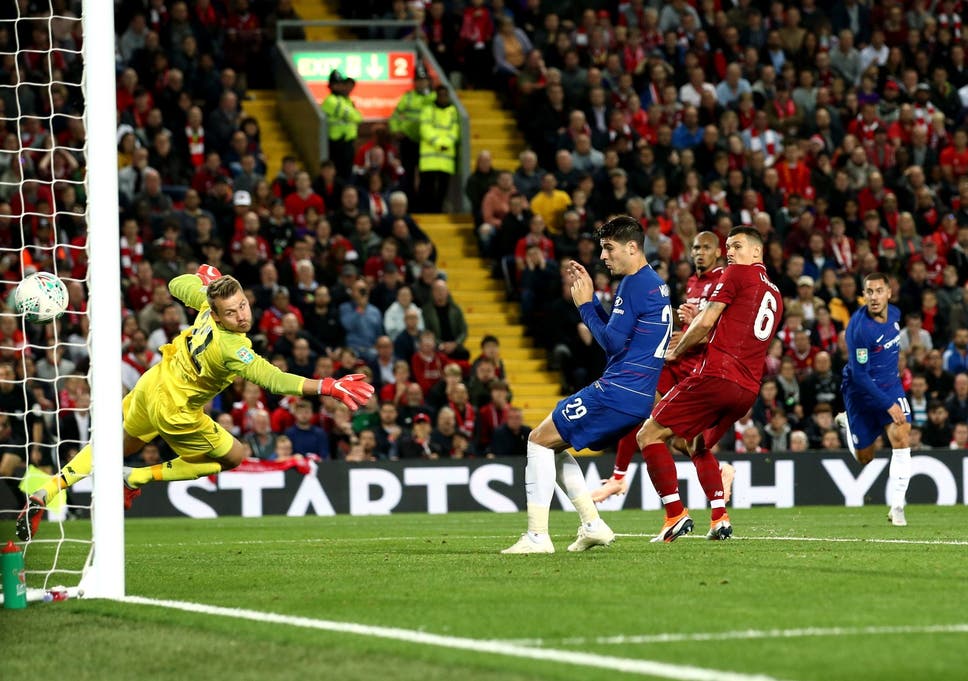 Having nutmegged Roberto Firmino in the build-up and exchanged passes with Cesar Azpilicueta, Hazard cut inside off the right, sped past Liverpool’s static defence and fired an unstoppable shot across Simon Mignolet.

“I have scored some goals like that! Not all the time,” Hazard told Chelsea TV after ending Liverpool’s unbeaten start to the season. “It is on the top of the list, top three.

“I remember around two years ago, the one against Arsenal at Stamford Bridge. That one was nice. This one also is one of the best, especially when you score against a big team and win the game. That’s the most important thing.” 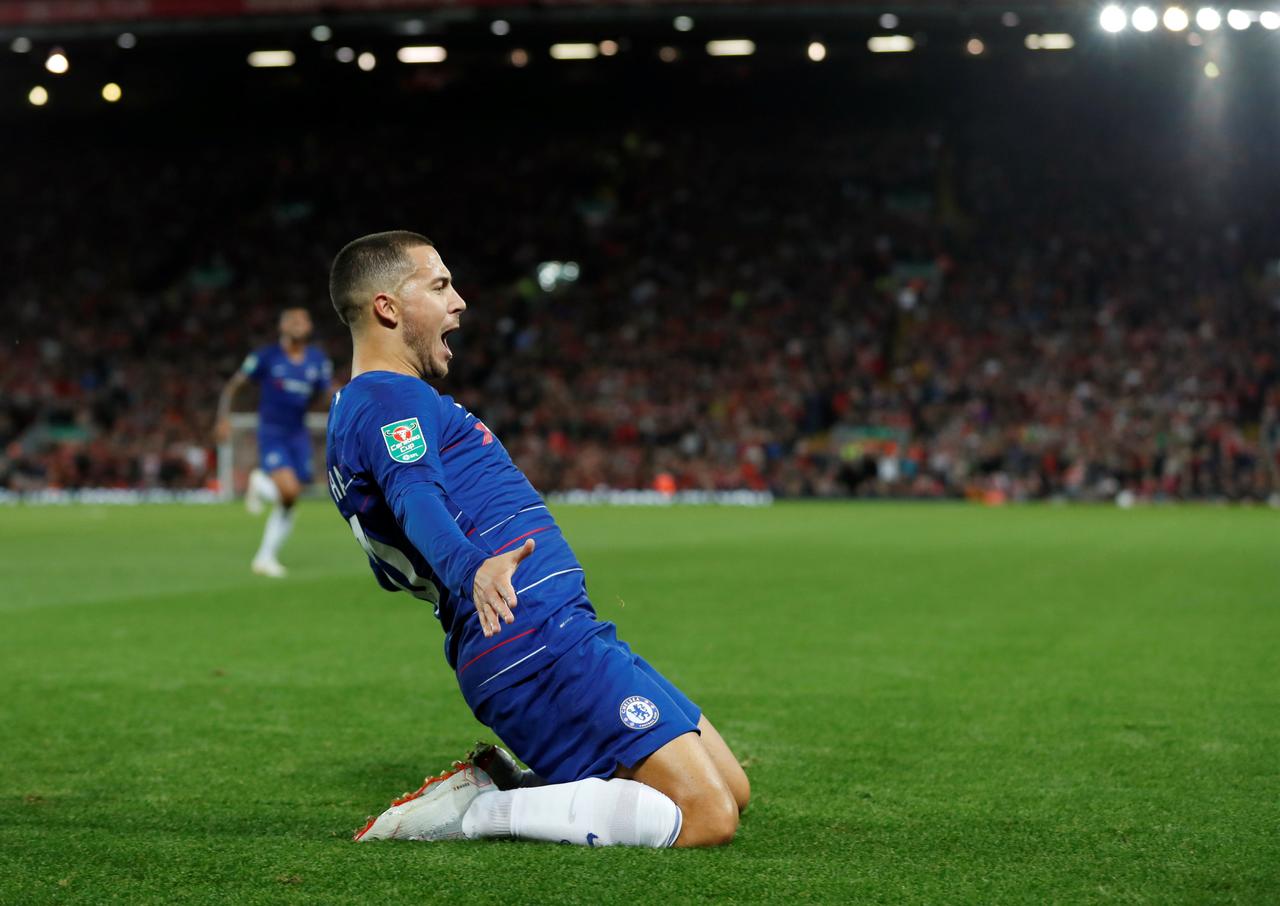 He continued: “I like to play in these kinds of stadiums. The atmosphere is fantastic, from the Chelsea fans also who were awesome. I want to be a big player, if I want to big player, then I need to score in big games. That’s what I did today.”

Hazard has now scored six goals this season, five of those in the Premier League, including a hat-trick against Cardiff City.