Memphis,  24, was sold to Lyon for around £16m in January 2017 after failing to make the grade at Old Trafford, but the club included a buy-back clause.

The  Holland international has rediscovered his mojo in France and impressed in Lyon’s Champions League win at Manchester City on Tuesday.

It has sparked suggestions Memphis could return to Manchester United at some point in the future.

And when asked about the clause, Mourinho said: ”Because potentially he’s a very good player.

“I think when Mr Van Gaal decided to buy him he did well, he knew him very well from the national team, he was very young when at the World Cup he had flashes of top quality.

“He was playing well in Holland, we know the Dutch league is not the same but he was showing very good things.

“So I think Mr Van Gaal and Manchester United did very well to buy him.

“He didn’t succeed in his 18 months but he’s very young so I think it’s important for the club to complete control of this talent and we all wish he plays very, very well at Lyon and why not to come back because everyone here likes him.”

Memphis Depay has rediscovered his best form at Lyon. He arrived at Old Trafford from PSV Eindhoven for £25m in the summer of 2015 and was tipped for the top.
He scored seven goals in 45 appearances in his maiden campaign but then found himself frozen out when Mourinho replaced Louis van Gaal in the dugout.Despite flopping first time round, Memphis is refusing to shut the door on a possible return.He said: “I still speak with lads from United and I wish everybody the best and you never know what happens in the future.
Memphis Depay failed to make the grade at Old Trafford
“I just want to level up my game with Lyon and bring them to a higher game.”Memphis is reluctant to reflect on his experience at the club, but has admitted he does have regrets about his less-than-impressive debut season.”Yeah, everybody has their thoughts and questions,” he said.

“I have explained it a lot of times. Some things are not explainable but it just happened like that. 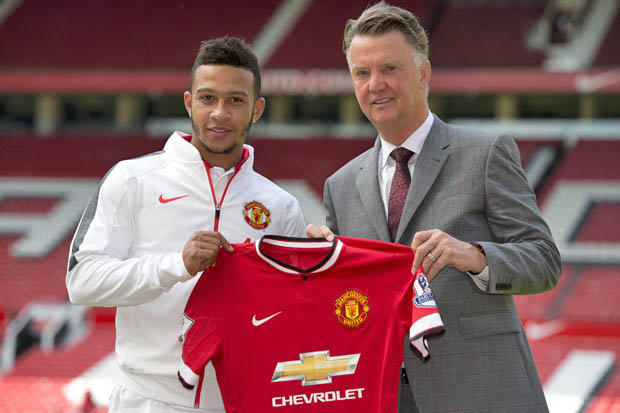 “After one season, I couldn’t find myself in the team. I was still young, didn’t get a lot of opportunities but I must say that the first season I didn’t put the quality on the table that i thought I would and looking back at that, what could be different I don’t think it’s good to look back.”It’s good to look forward, I’m 24, I take a lot of pleasure every day from being on the pitch.“Maybe sometimes you need to go through life and experience things to get more mature. That helped me definitely, also in the mental game I’ve been stronger. I just see positive things now.”