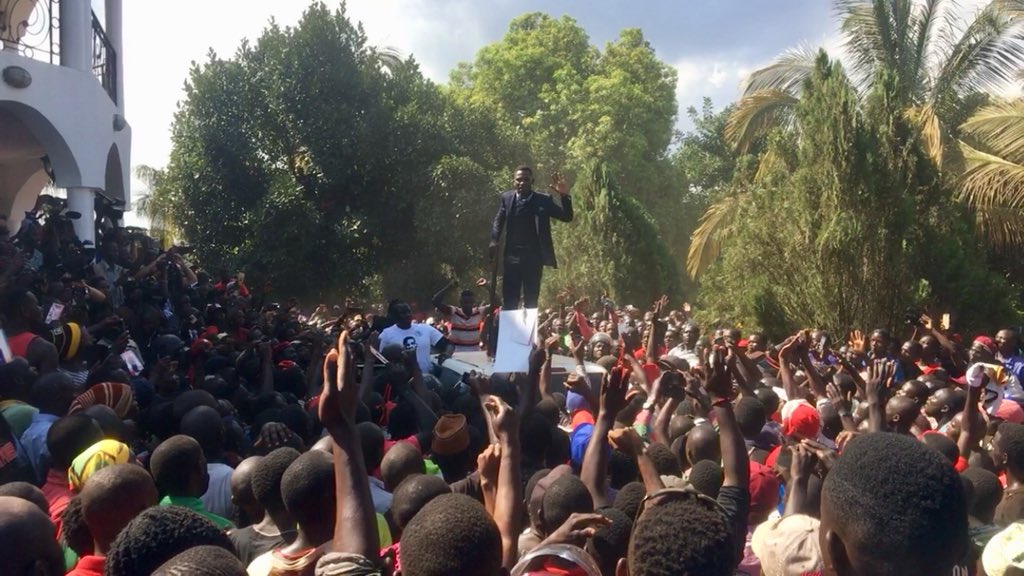 Police whisked away Uganda opposition politician Robert Kyagulanyi aka Bobi Wine on Thursday as he got off a plane at the country’s main airport.

However, an official denied that he was under arrest as police later released a statement on the same.

“Today Thursday September 20, 2018 Robert Kyagulanyi returned to the country and was peacefully escorted by the police to his residence in Magele, Wakiso District.

“We wish to thank him for cooperating with the police at Entebbe International Airport,” the statement from Kampala Metropolitan Police Spokesman Emilian Kamila reads.

Bobi Wine is home. Has addressed a huge crowd from the roof of his car. pic.twitter.com/xqlGAVfF4w

The statement posted on the NTV Uganda Twitter page also rubbished earlier reports that some media personalities had been arrested.

They were apparently questioned and are not in police custody.

“All are free and going about their lawful business normally. We urge all people to remain calm. Equally we call upon the Hon. MP to fully comply with the laws of the land and terms of his bail conditions,” the police statement adds.