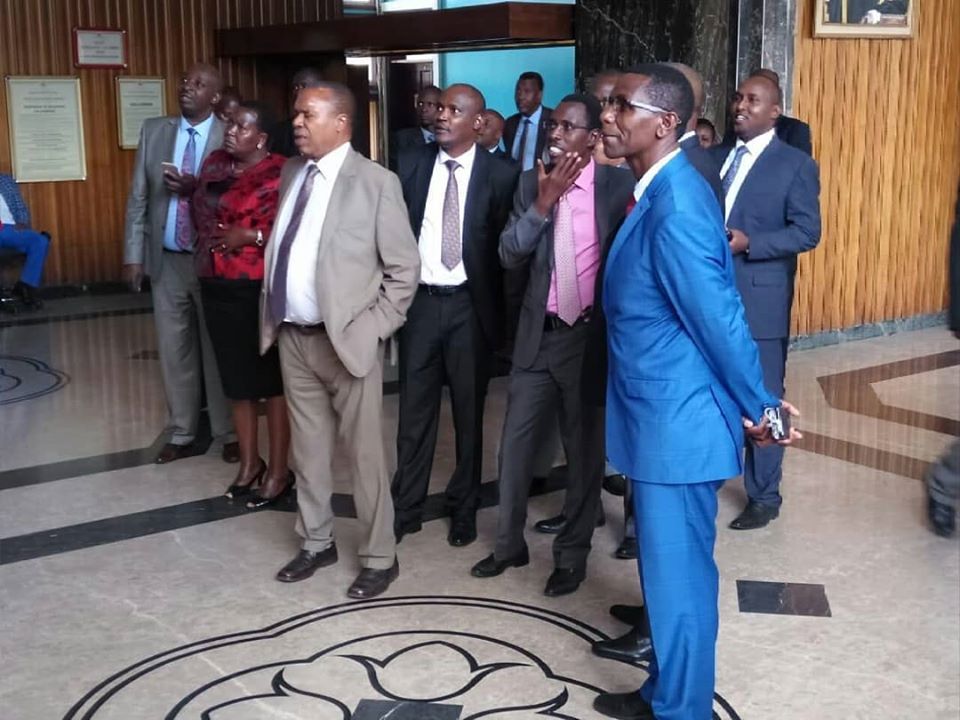 Ruaraka MP TJ Kajwang accused Majority Leader Aden Duale of leading a walkout of members to cripple the voting on the contentious levy.

The walkout was engineered after those in support realised that those opposed to the memorandum had the numbers to veto the President’s proposals. After the walkout, and by the time some MPs walked out, there were only 215 of them in the House.

The law requires that at least 233 of the 349 MPs must be in the House before any voting on such matter is done.

The pictures of the MPigs who walked out of parliament have since been shared by hawk-eyed Kenyans on Social Media.

MPs who walked out of parliament after being bribed by Aden Duale and John Mbadi to bring about Quorum hitch vs Those who remained in the chambers under the command of TJ Kajwang to stand with common wananchi #CostOfMpigs #FinanceBill2018 #TaxVoteKe pic.twitter.com/OBd49nm7P5