Germany goalkeeper Leno and midfielder Lucas Torreira, who also arrived before the season, are both expected to receive their first starts in the Group E encounter at Emirates Stadium.

Emery has until now persevered with Petr Cech in goal despite the 36-year-old’s string of nervy attempts at playing out from the back.

But the visit of Ukrainian club presents an opportunity for experimentation ahead of a weekend meeting with Everton.

“Every match is about finding the best performance with the players,” Emery said.

“We have four competitions this season. Tomorrow is the Europa League, Sunday is Premier League, then it’s Carabao Cup and then we’re going to play in FA Cup.

“We need to give minutes to the players who can produce the best performance for us.

“Tomorrow we are going to change things to give players the opportunity to find minutes, to find confidence on the pitch and then maybe tomorrow’s players can play on Sunday too.” 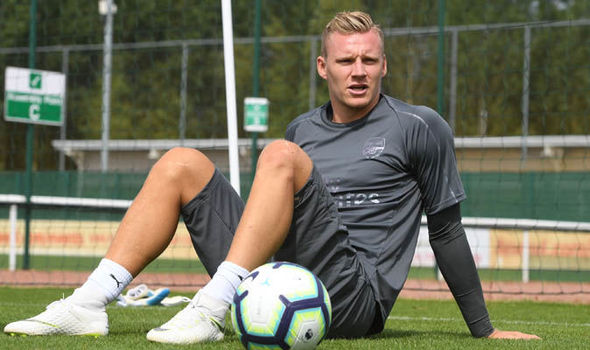 Three successive victories have lifted the mood at Arsenal, with Emery’s methods beginning to take shape on the pitch.

The ex-Sevilla boss, three times a Europa League winner as a coach, is hopeful of maintaining the positive atmosphere at Emirates Stadium, which disappeared at times during the latter stages of Arsene Wenger’s tenure.

“We are only thinking about giving our supporters first the performance and a good 90 minutes on the pitch at the Emirates,” he said.

“We are excited about every match. I want to give the players the same excitement when they are at the Emirates.”