Federico Di Francesco has denied provoking Douglas Costa into spitting at him and rejected suggestions he racially abused the Juventus star.

Costa was dismissed at the end of Sassuolo’s Serie A loss to Juventus, in which Cristiano Ronaldo scored twice, after clashing with Di Francesco in shocking fashion.

The Brazil international elbowed and headbutted his opponent before spitting in the face of Di Francesco and Costa was sent off following a VAR review.

Costa apologised for the incident on social media but did not include any mention of Di Francesco, while Juve coach Massimiliano Allegri indicated his player was provoked.

However, Di Francesco issued a strong rebuttal to reports he racially abused Costa during Sunday’s match. 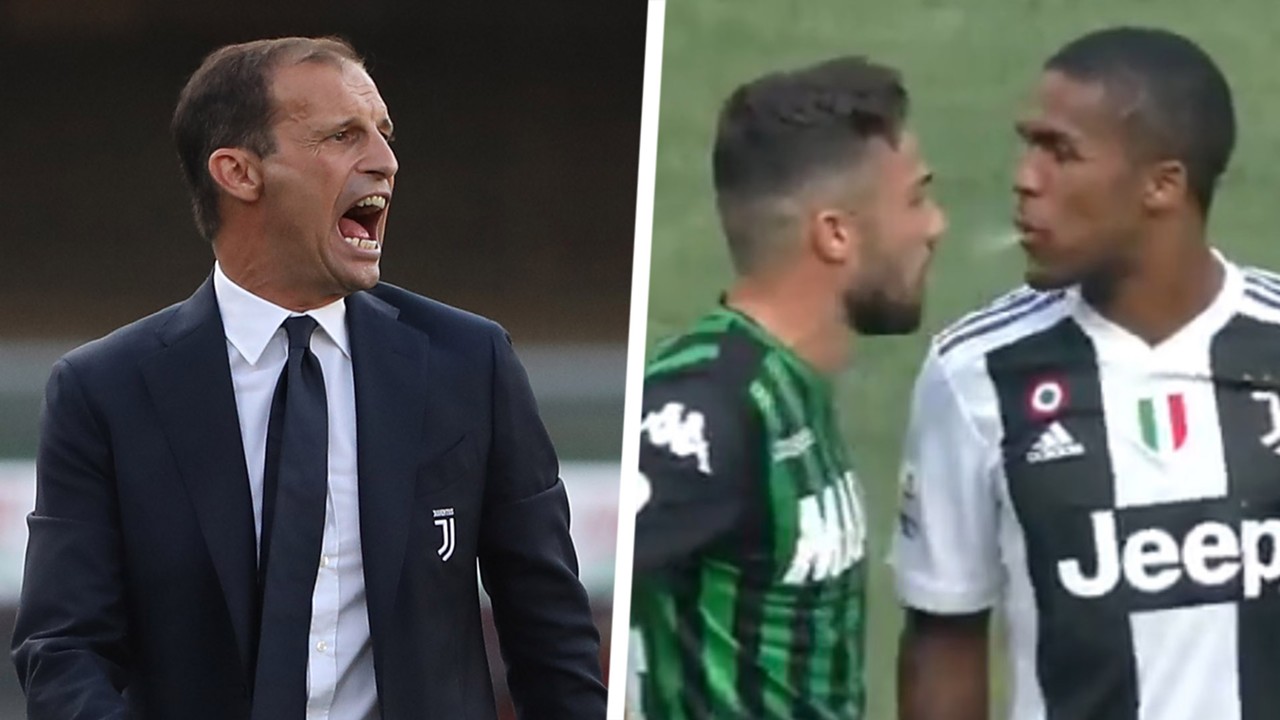 “I am profoundly upset by the allegations and the inventions which have appeared on various national media outlets,” Di Francesco said. “All of this is offensive and denigratory.

“I will not allow racist behaviour and/or phrases that do not pertain to to my values and ethics, and that are fruits of the imagination of others, be attributed to me. I ask for and demand respect.”