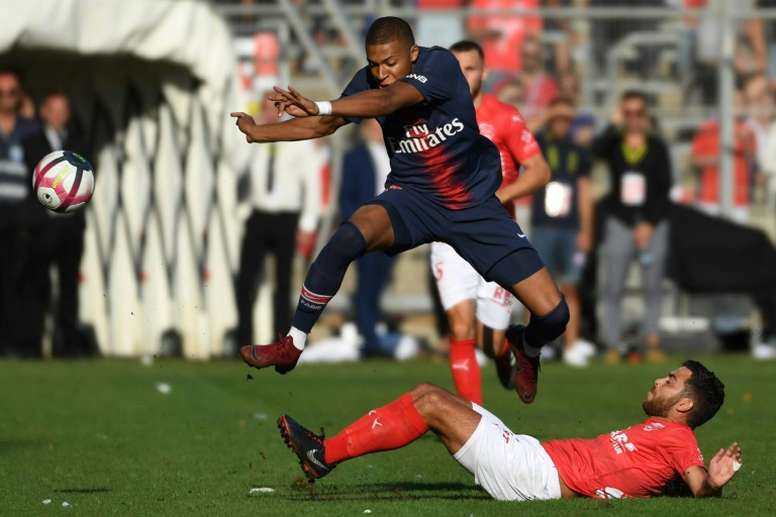 Mbappe begins a three-game ban from domestic action handed down after he was sent off right at the end of PSG’s 4-2 win at Nimes a fortnight ago.

The 19-year-old France superstar was shown a red card for shoving Nimes player Teji Savanier to the floor in a violent reaction to being fouled.

He later said he had no regrets and insisted he would do it again, and the consequences are that he will sit out a trio of Ligue 1 matches for Thomas Tuchel’s side.

“It was very harsh. He reacted in a very emotive manner but he didn’t hit anyone, he just pushed him. He was frightened because of the violence of the foul,” Tuchel said of the incident in an interview with SFR Sport this week.

The rest might not harm Mbappe, who was at the Parc des Princes on Thursday as the club launched a new European jersey, by Nike’s Jordan Brand, in a glitzy ceremony.

Mbappe also scored for France in their 2-1 win over the Netherlands last weekend and is certain to start when PSG begin their latest quest for Champions League glory at Anfield next Tuesday.

There is huge pressure on Tuchel to take PSG far in Europe after they were eliminated in the last 16 in each of the last two seasons, but they have been drawn in a testing group that also features Carlo Ancelotti’s Napoli and Red Star Belgrade.