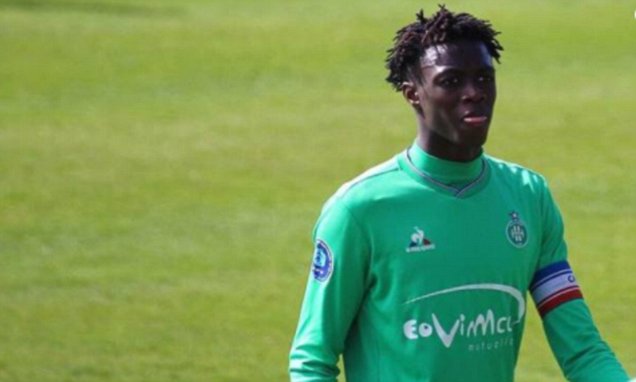 Gomis, 19, who is of no relation to former Saint-Etienne and Lyon forward Bafetimbi Gomis, was killed along with an unnamed 14-year-old boy in his home town of La Seyne-sur-Mer on France’s Mediterranean coast.

Police reportedly found 24 bullets fired from a Kalashnikov rifle at the scene.

“AS Saint-Etienne has had the immense sadness to learn of the tragic death of William Gomis,” a club press release said.

“He left ASSE last June after his five-year academy training cycle. This solid and rangy defender contributed notably to the reserve team’s promotion to the National 2 league in 2017-18.”

Le Progres reported Saint-Etienne had wished to keep him in their reserve team squad, but that Gomis, who had already lost a brother in a gangland killing, had turned them down and had not been in touch since the end of last season.