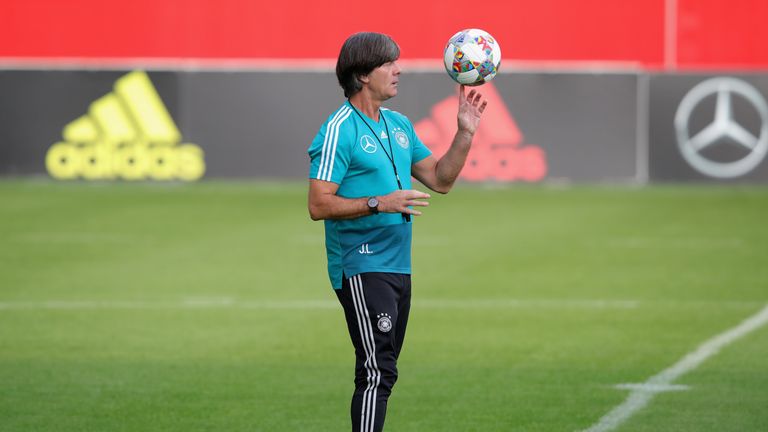 Germany boss Joachim Low admits he was disappointed with Mesut Ozil “on a human level” after the Arsenal star retired from international football without informing him first.

Ozil announced via social media in July he would not play for his country again, accusing German Football Federation (DFB) president Reinhard Grindel of discrimination and “incompetence”.

The outburst came after the midfielder felt he had been unfairly targeted for criticism following his meeting in May with controversial Turkish president Recep Tayyip Erdogan.

Ozil made his Germany debut under Low in 2009 and was part of the World Cup-winning side of 2014, and his former head coach still feels hurt that the player did not come to him first.

“Of course, I expected him to call me personally and inform me,” Low told ZDF after Germany’s 0-0 Nations League draw with France. “Logically, that’s why I’m disappointed.

“I’m disappointed on a human level, too. We’ve been on this path together for many years.”

Ozil claimed he would not play for Germany “whilst I have this feeling of racism and disrespect”, suggesting he could be tempted back if there are institutional changes within the DFB.

Low stated this week that the Gunners playmaker had “closed the door” on a possible return, but he said on Thursday he would try to establish contact with the player once more.

Ilkay Gundogan, who was also at that meeting with Erdogan before the World Cup, was given something of a mixed reception when he came on as a substitute in Thursday’s match in Munich.

The Manchester City man admits he felt anxious before his introduction but was pleased to see many of the fans applaud him onto the pitch.

“I was nervous when I started getting ready on the bench,” he said. “I don’t have to be scared, but there was a bit of nervousness, because I didn’t know how much of a reaction there would be.

“I was very happy there was so much applause, so I applauded back. From then on, I could concentrate fully on the game.”