As football lovers, there is no other set of fixtures which receive the kind of disinterest as the International Friendlies. Every season, the international breaks are spread across the entirety of the season. They act as nothing more than unwanted distractions, a source of boring football, a source of injuries for crucial players in the middle of the club season and all in all a turnoff for the majority of the fans.

UEFA was concerned by the dwindling numbers in the stadiums and interest shown by fans in general towards these fixtures. To counter this, in 2014 the concept of a competitive format to brighten up the dull International break was formulated.

What is The UEFA Nations Cup?

Primarily, it is a means to bring the entertainment back to international football being played mid-season. It is an attempt to make these fixtures competitive and rewarding for the big guns and minnows alike.

The Setup for UEFA Nations League 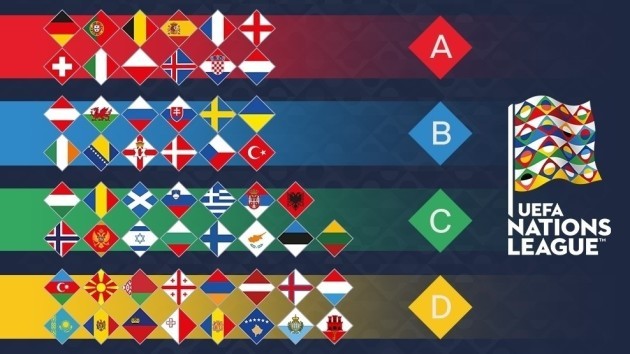 All teams shall play other teams in their group home and away and points will be won or lost like any other league format. Teams from A, B and C can be relegated to a lower league whereas teams from B, C and D will be looking to move up.

What is the prize?

The winners of each group from League A will face off in semifinals and finals at a neutral venue in June 2019. This gives the teams something to play for, a chance to win another International trophy and a chance for the fans to look forward to something with these games. What is in it for the smaller teams?

Playing games in the buildup to a trophy seems well and good for the teams in League A, but why should the others be bothered? It is because apart from the trophy there are 4 qualification spots for Euros 2020 up for grabs as well. The top teams for each group in each league will face each other in a playoff and the best of each league will get a spot at the Euros. If any of the top teams have already qualified via the regular qualification process which is highly likely in League A, the next best team gets the chance to be a part of the playoffs.

Teams like Gibraltar, Kosovo and the likes can actually strive harder to be a part of the Euros. This will lead to increased fan engagement for the smaller countries and many more amazing story lines for the neutrals to follow.

What are the Groups?

Gameweek 1 Fixtures to look forward to: