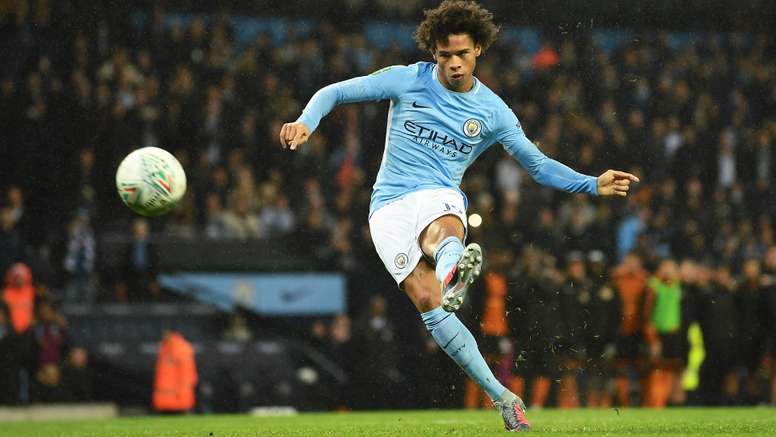 Germany may have welcomed Leroy Sane back into their squad after the World Cup, but Toni Kroos says the forward has room for improvement.

Leroy Sane has the potential to reach the top of world football, but the Manchester City star “needs people who tell him what to do”.

That is the view of Germany team-mate Toni Kroos, who believes City boss Pep Guardiola’s decision to drop Sane for the match against Newcastle United could prove a shrewd move.

The winger was left out of Joachim Low’s World Cup squad, which came as a surprise to many after a fine Premier League campaign with the champions, but returned to the international reckoning after being called up for this month’s fixtures with France and Peru.

5 – In the 2017-18 Premier League, Leroy Sane was one of only five players to reach both 10+ goals and 10+ assists, doing so in fewer appearances and minutes played than any other player to achieve the feat. Omission. pic.twitter.com/r3CGGfVqv4

“He can be a world-class player, but he needs people who tell him what to do from time to time and to work on himself,” said Kroos, who will hope to feature in his country’s UEFA Nations League showdown with France on Thursday.

“That’s what Pep is doing at the moment with not selecting him. He wants to provoke him a bit.

“It is clear that you have to find a way to bring him to his top performance. If he is at his top performance, he is for us – with his qualities, which are relatively seldom if you are looking at our squad – a player who enriches us.

“He gives us definitely more options for our game, but obviously only if he is able to show that on the field.”

With Sane assuming the role of spectator, Germany toiled in defence of their World Cup title in Russia, exiting in the group stage following defeats to Mexico and South Korea.