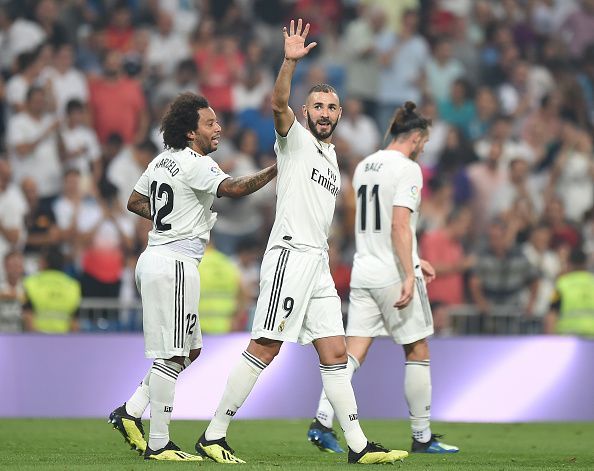 Real Madrid did it the new way. They also did it their way. With Karim Benzema scoring 2, Bale and Ramos notching one each, Los Blancos ran over Leganes after being matched toe-to-toe in the first 45 minutes. It was the new crowned head of the Bernabeu, Gareth Bale, who registered his name on the scoresheet first. However, his goal was cancelled out by Leganes’ Guido Carrillo.

But Benzema went back into the changing room during half time and put on his scoring shoes and came out and made the result a certainty. Sergio Ramos converted from the spot after Marco Asensio was mowed to the ground inside the penalty box. The Blancos dominated their opponents in the second half and hardly ever relinquished possession. They were passing with a kind of confidence and verve that was often lacking in the first half of the previous campaign.

The Lopetegui philosophy is making a significant difference

Let’s start this off with a stat. Real Madrid completed 798 successful passes yesterday. That is the most number of passes they’ve completed since Opta started collecting data and the difference was there for all to see. They completed 90.76% of their passes as well.

The midfielders knew where and how to find space and pop up in the right places which led to their teammates staying assured on the ball and not panicking owing to the lack of an option. Options were always available. In the absence of Cristiano Ronaldo, Gareth Bale and Karim Benzema look much more central to all of Real’s plans going forward and they’re relishing their time in the limelight.

Bale is all ready to fill the shoes of the departed and opened the scoring with a well struck volley that, albeit, went in owing to a stroke of luck. The Welshman was menacing throughout. His forays down the flanks often looked like violent conquests and perhaps the most intimidating part was that he looked like he was going to take his opponents for a ride every time.

Asensio and Isco have truly arrived 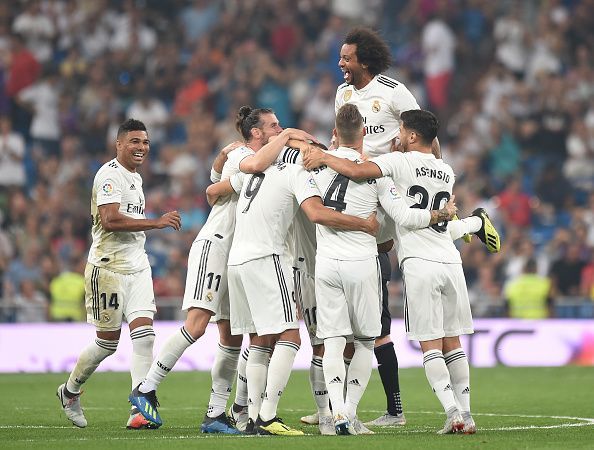 Marco Asensio does not play like a youngster who’s struggling to make an impact anymore. Come to think of it, he never really was but now he’s dismissed the last hint of doubt and has become a very important player for Lopetegui.

Asensio won a penalty yet again. All 3 of Real Madrid’s previous penalties have been won by Asensio. He switched flanks with Bale on several occasions and was a handful throughout the length of the game. He had almost opened the scoring for the Blancos but his looped effort, after being played one v one with the goalkeeper, missed the mark by mere inches.

It looks like Lopetegui’s appointment and Ronaldo’s departure couldn’t have come at a better time for a lot of these players.

Oh, and Isco. Brought on for Luka Modric in the second half, Isco dominated the opposition with his quick feet and gazelle like movement. He was taunting the defenders into committing and then whisking the ball away and taking the piss.

Isco should have got a goal but his first time finish from a Lucas Vazquez cross, in the dying embers of the game, was sent straight at the goalkeeper.