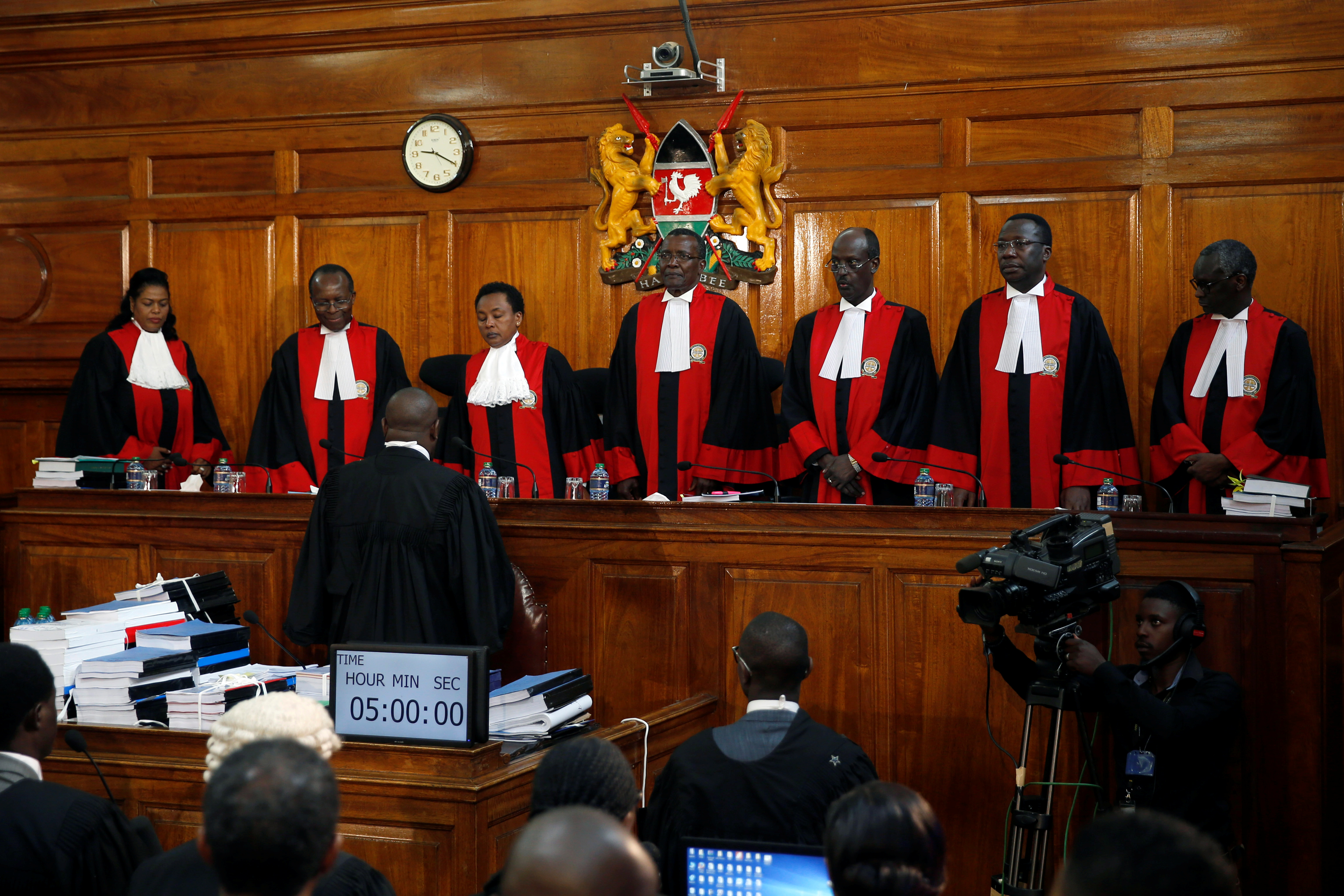 Reports have emerged that a popular  Supreme Court judge will be arrested and prosecution for corruption in a devastating and dramatic escalation of the government’s campaign against graft.

According to reports  this case  has been followed for a long time  and it has been it learnt that the judge had been reported by the Kenya Revenue Authority to the Director of Public Prosecutions over the suspicious movement of large sums of money in and out of bank accounts.

According to an anonymous sources  investigations on the judge have mainly revolved around transactions involving the collapsed Imperial Bank, and failure to pay taxes.

The Central Bank (CBK) appointed the Kenya Deposit Insurance Corporation (KDIC) as receivers of Imperial Bank in October 2015 following its collapse amid revelations that up to Sh34 billion of shareholder deposits had gone missing. The investigators had previously focused on the directors of the collapsed bank and some CBK officials.

If found guilty, the judge will face numerous counts of stealing, abuse of office and unlawful failure to pay taxes.

Additionally, investigators claim that the judge has acted in contravention of the Leadership and Integrity Act by accepting a personal loan of Sh12 million from Imperial Bank.

The judge is also accused of engaging in misconduct in furtherance of personal benefit. Prosecutors have discussed, on top of prosecuting, reporting the judge to the Judicial Service Commission (JSC), possibly an indication of confidence in the evidence they have gathered.

The mandate of the JSC is to receive, investigate and resolve complaints against Judges under Article 168 of the Constitution.

Security around the investigation has been uncommonly tight, with routine office notes — which reporters would ordinarily pilfer from sources or secretly photograph — classified, and usually reliable sources appearing not to have the full picture.

The veil of discretion and caution over the case has also reflected its sensitivity: judges are highly respected and protected by the law. No institution, whether police, media, or prosecutors, would be willing to make allegations against a sitting judge of the Supreme Court without strong evidence.

Added to that is the spectre of President Uhuru Kenyatta’s threat to “revisit” the Judiciary after the Supreme Court voided his August 8 election victory in what Jubilee supporters thought were suspicious circumstances.

Chief Justice David Maraga, who heads the institution, has previously indicated that there will be no sacred cows, even within the corridors of justice, in the fight against corruption.

“I have no room for corrupt judicial officers,” he warned in June this year. “Know that you are alone if you are corrupt and expect no sympathy, mercy or protection from my office.”

Nation sources, while not senior, were almost uniformly confident that the investigation was complete, the legal analysis finished and the permission to prosecute by Mr Noordin Haji either already given, or highly likely to be granted.

Mr Haji did not return calls throughout the week. Efforts to reach him through an intermediary and an aide were equally unsuccessful, with the DPP being variously reported to be out of the country and “indisposed”.

Director of Criminal Investigations George Kinoti, a wily media operator who served as police spokesman, did not return multiple calls early in the week.

Normally, when something big and secret is about to happen, talkative sources suddenly discover the value of tongue-tied discretion, bosses go underground, and there are lights on at night in normally sleepy and lethargic government offices.

When the Nation drove up to the high-rise block where the ODPP is housed and bluffed that it wanted to meet Mr Haji, the guards asked: “You have a meeting with him?” and cleared us through without hesitation. Our reporters were equally processed through building security and onto the floor where the DPP’s guarded office is located. At the lifts, one of the country’s top prosecutors was lugging a huge pile of files.

The corridor leading to the executive offices was a hive of activity, with armed security and aides flitting in and out of cubicles. Far from being “out of the country” and “indisposed” — as the Nationhad previously been told — the DPP appeared to be not only at work, but also putting in some overtime. For an unwelcome reporter to try and penetrate this fortress is to risk a Bobi Wine moment. Our reporters, therefore, did not get the opportunity to interview Mr Haji.