French footballer Andy Delort was arrested during Sunday night following a high-speed car chase on the Mediterranean coast, a source close to the case said on Monday.

Delort, a former France under-20 international who, at 26, has played for nine clubs in France, England and Mexico, is on loan from Toulouse to Ligue 1 rivals Montpellier, not far from his home town of Sete.

He was in his 4X4 which was being driven, very fast, by a friend, the source told Midi-Libre newspaper.

When police signalled that the car should stop, the driver refused and instead accelerated. A chase ensued between Adge and Marseillan, just south of Sete.

When the driver was finally persuaded to stop, police found that he was drunk and did not have a driving licence.

Delort has started all three of Montpellier’s games this season, including Saturday’s win at Amiens, without scoring.

On September 2016, Delort’s transfer to Tigres was officially announced becoming the second French player to join the team after André-Pierre Gignac.

He signed a four-year contract while the transfer fee paid to Caen was reported as €8 million. On 22 October 2016, he scored his first goal in Liga MX with Tigres, against Pumas UNAM at the Estadio Olimpico Universitario in a 3-1 victory. He spent less than six months at the club, however, scoring 3 goals in 14 appearances, before returning to France to join Toulouse.

On 26 January 2017, Delort returned to France, joining Toulouse on a reported four-year contract and for a reported transfer fee of €6 million. He scored on his debut for the club on 2 February, netting the opening goal in a 4–0 win over Angers, and repeated the feat in his next two appearances against FC Lorient and SC Bastia. 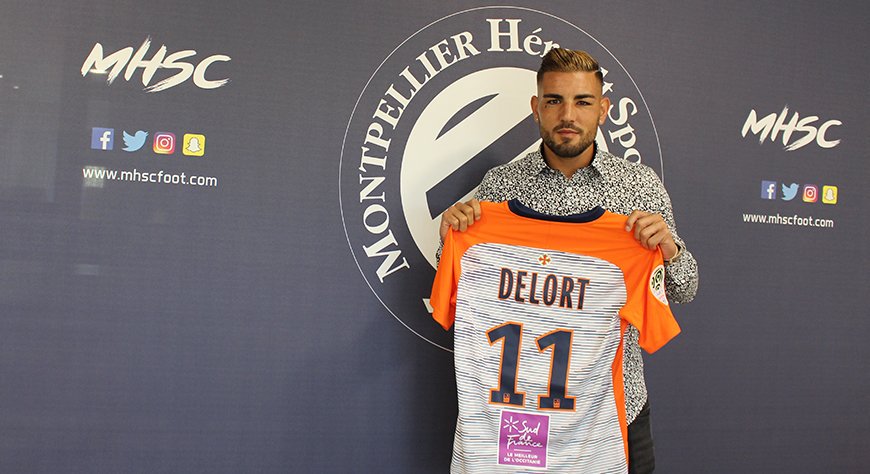 In2018, Delort was loaned to Montpellier until the end of the 2018–19 season with an option to buy