Marek Hamsik has described Maurizio Sarri as a “sick man” whose obsession with football has improved the Napoli captain the most. 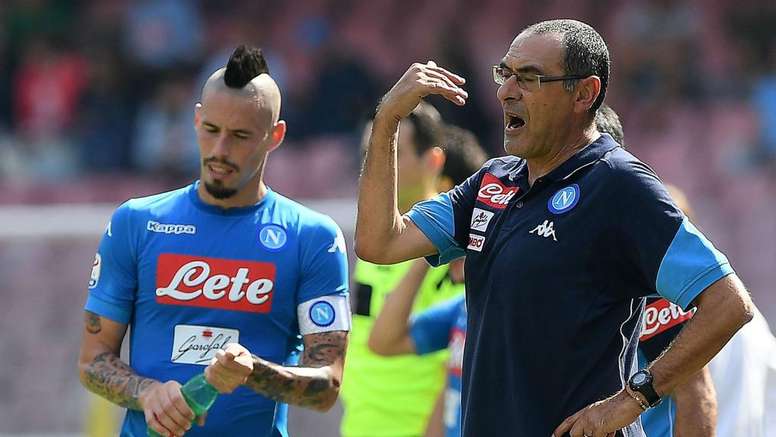 Sarri departed the Stadio San Paolo at the end of last season after Napoli narrowly missed out on dethroning Juventus in Serie A. Napoli finished four points behind Juve in their quest to win a first Scudetto since 1990, and Sarri gave way to Carlo Ancelotti before taking over at Chelsea.

Hamsik, who joined Napoli in 2007, is comfortable with the transition to Ancelotti, but credits Sarri with a significant influence on his career.

“Sarri is a man who belongs on the field, he lived the game 24-7,” Hamsik told Corriere dello Sport.

“He was a sick man. He was obsessed with football and never even let the slightest detail get by him. What has improved me the most, has made me evolve technically and tactically, is Mr. Sarri.”

Napoli started the Ancelotti era with a 2-1 win at Lazio, coming from behind thanks to goals from Arkadiusz Milik and Lorenzo Insigne.

“We are all happy with Ancelotti, as in a few short weeks he showed us that he is a wonderful, open person,” Hamsik added. “He gives us a lot of advice, is good fun and it’s no coincidence he has won everywhere he went in his career.

“Everyone is a little sceptical after the summer friendlies, but we saw in the win against Lazio how much grit we bring to the table in competitive games. Napoli are still a good side that wants to play football and entertain the fans. We haven’t won much, so far, but we really want to. 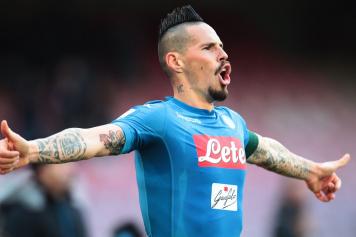 “It’s still early to say how this season will go, but the team hasn’t really changed that much. Every player in our system is fundamental and so is the coach, who brings his new ideas to a well-drilled unit, introducing them with balance and wisdom.”

Napoli face AC Milan on Saturday in a tough start to a season in which Hamsik knows Juve will again be the team to beat.

Clearly referencing the Bianconeri’s €112million signing of Cristiano Ronaldo, Hamsik said: “Quite simply, there are very strong opponents in Italy, teams built for years to win in Serie A and now seem built to win in Europe too.”