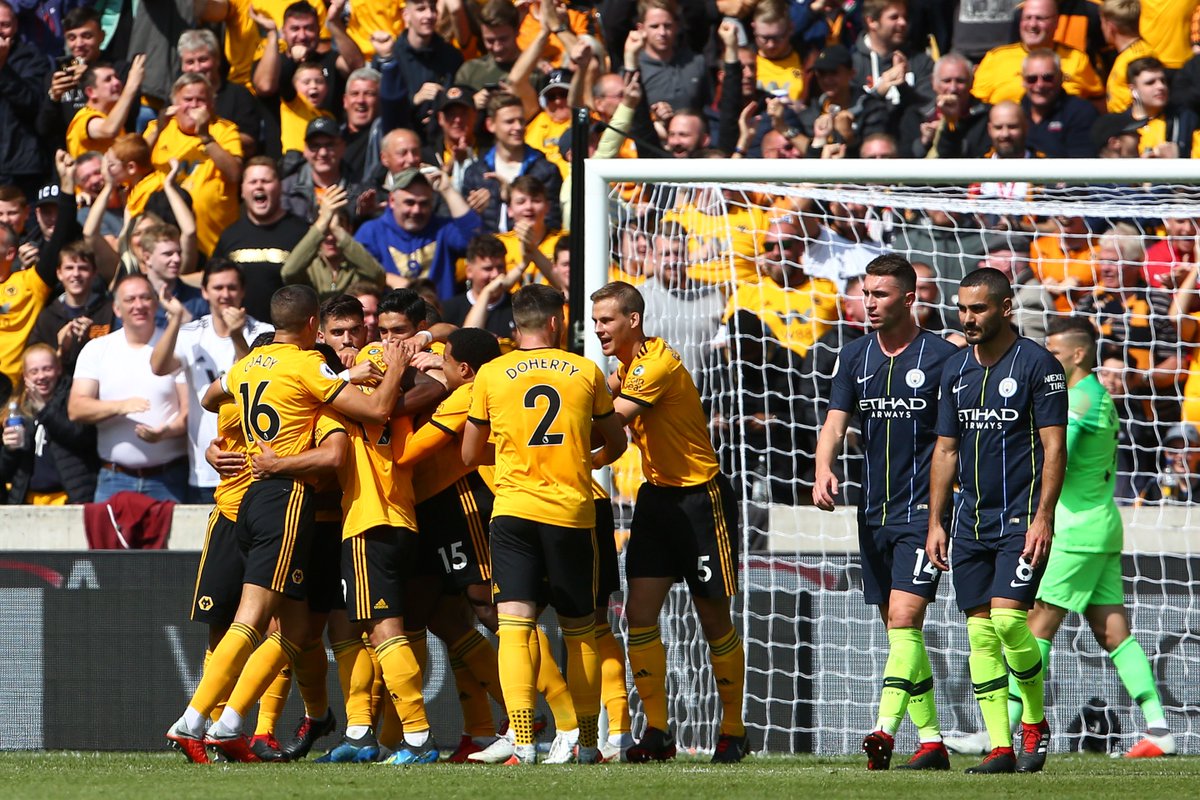 Aymeric Laporte rescued a point for Manchester City as they suffered an early stumble in their title defence with a 1-1 draw at Wolves.

City, who reached a record 100 points in winning the Premier League last term, had been in typically irrepressible form in their opening two games, brushing aside Arsenal and Huddersfield Town and scoring eight goals in the process.

However, it was a largely frustrating afternoon for Pep Guardiola’s men at Molineux as Sergio Aguero and Raheem Sterling both hit the woodwork – the former doing so for a second time in the 95th minute – after Wolves’ Raul Jimenez saw a goal disallowed for offside. 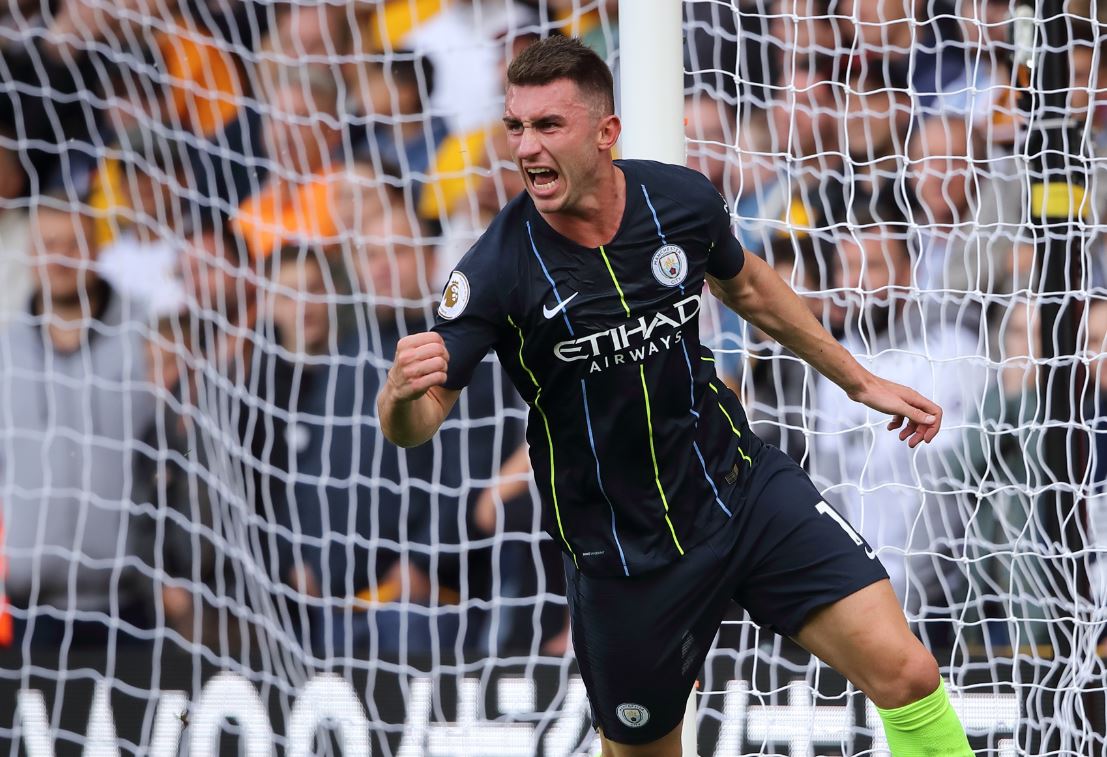 City’s mood would have significantly worsened when Wolves took the lead in hugely controversial fashion., Willy Boly turning home from close range with his arm.

Both sides started brightly and, after Gundogan failed to make the most of a well-worked City move, Wolves looked to have taken the lead. However, Jimenez strayed offside as he converted Diogo Jota’s cross after Vincent Kompany had carelessly conceded possession.

City responded superbly and cursed their luck after Aguero hit the post from a deflected cross and Rui Patricio produced heroics with a superb save to tip Sterling’s fierce long-range half-volley against the crossbar.

Fernandinho then dragged wide and Jimenez flashed across goal at the other end. Patricio got a hand on a wonderful Benjamin Mendy cross as City continued to threaten, the Portugal international alert to keep out Aguero’s tame follow-up.

Similarly smart goalkeeping from Ederson prevented Helder Costa for breaking the deadlock at the near post, but from the subsequent corner Boly dived in at the far post to turn Joao Moutinho’s cross in with his right arm. 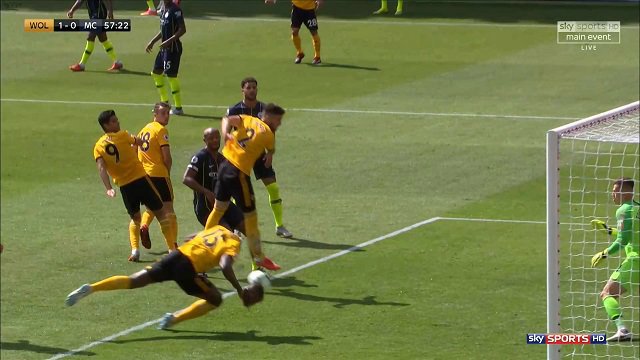 David Silva was left aghast when referee Martin Atkinson failed to point to the spot after he was pushed in the back by Ruben Neves, but City had reason to celebrate when the unmarked Laporte powered in from Gundogan’s dinked cross, before Aguero’s injury-time free-kick struck the bar.

What does it mean: City show first chink in their armour

City barely had to break sweat in dispatching of Arsenal and Huddersfield but Wolves, whose big-spending transfer window allayed the usual relegation talk that surrounds newly promoted teams, were able to cause regular problems. The champions were often lax in possession and, though they were able to find a response to going behind, the stalemate provides Liverpool, Chelsea and Tottenham the chance to steal an early edge in the title race.

Pat on the back: Patricio preserves parity

While he had no chance of keeping out Laporte’s bullet header, Wolves would have suffered another defeat if not for Patricio. His diving stop to deny Sterling was the highlight of his display, but his intervention from Mendy’s cross and a point-blank save from Gabriel Jesus were just as important in ensuring a share of the spoils. 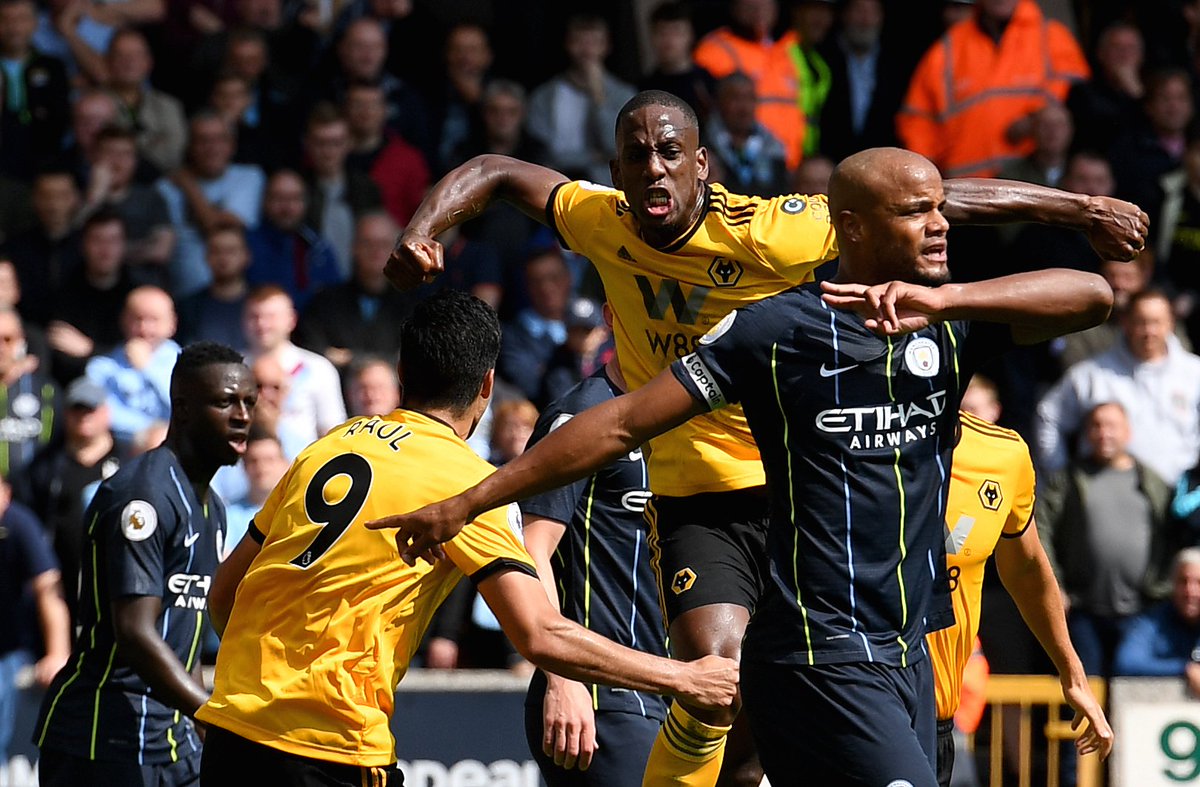 Boot up the backside: Kompany doesn’t live up to landmark

Kompany’s 250th appearance was not one to remember for the City skipper. He sloppily gave the ball away and allowed Moutinho to play in Jota for Jimenez’s disallowed strike and lacked the air of composure he generally brings to the defence.

City will be expected to get back to winning ways when Newcastle United visit the Etihad Stadium next Saturday. Wolves travel to Sheffield Wednesday in the second round of the EFL Cup before facing West Ham at London Stadium.