As the capital of Kenya, if you’re travelling at all in this fantastic country, it’s likely you’ll pass through Nairobi at least once during your time here.

Sadly the city doesn’t have a great reputation, often known as Nairobbery (!), but I really enjoyed my time here and found more than enough to do to for the few days I spent there between my explorations of the Masai Mara and the Kenya Coast.

To help others to do the same, I’ve compiled my list of the top 10 things to do in Nairobi, so read on to discover the best places to visit in this bustling metropolis.

Kenya is most well known for its dazzling safaris in the Mara and picturesque beaches on the south coast – but it is Nairobi, Kenya’s booming city, that is Africa’s culture capital. Move over Cape Town: here are 10 reasons why Nairobi is the hottest city to visit now.

Originally the farmhouse where Karen Blixen, heroine of the movie Out of Africa, lived, this beautiful colonial building has now been turned into a museum dedicated to her life’s story.

Admission to the Karen Blixen Museum is KSh 1200, which includes the service of a guide – a useful addition to get the best out of your experience here.

Set in lovely grounds, this is a nice place to wander around in its own right and you can easily spend an enjoyable afternoon here. 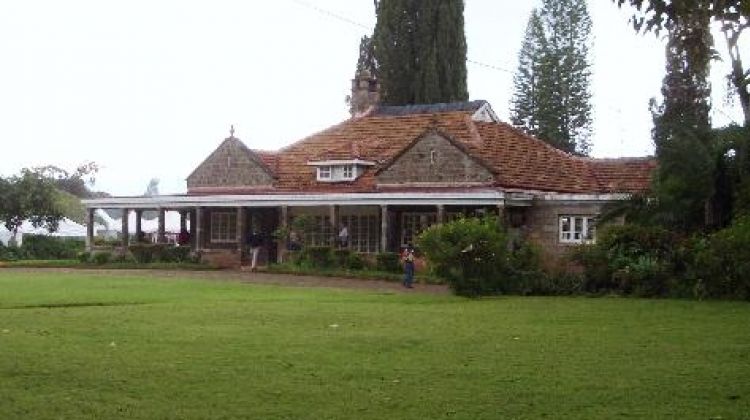 2 Enjoy a Coffee at the Thorn Tree Café, Stanley Hotel

Established in 1902, the Stanley Hotel is something of a Nairobi icon.

While staying here was a little out of my budget, I did go and visit the hotel, as it’s home to the famous Thorn Tree Café.

This café became an iconic part of the epic Cape to Cairo overland route, when travellers and traders would leave paper messages for each other tacked to the centrally-located Acacia tree.

Although, the tree is no longer filled with notes as it once was, and the café is actually on its 3rd specimen, there’s no denying the fabled allure this place still has for voyagers in Africa.

The fantastic National Museum is one of Kenya’s best and a visit here is definitely one of the top things to do in Nairobi.

With great ethnological exhibits, including bird and mammal displays, as well as some super information about Kenya’s different tribes, the museum is set in delightful grounds and well worth exploring for a few hours.

The imposing Parliament building in the centre of Nairobi is architecturally distinctive although unfortunately taking photos of it isn’t allowed… as I found out the hard way!

Nevertheless, you can certainly marvel at its exterior or even get a permit to view inside via the public gallery if Parliament is in situ.

Permits can be obtained at the gate and you’ll need to bring your passport, but are otherwise, it’s free and easy.

5 Coo at Baby Elephants in the David Sheldrick Wildlife Trust

If you haven’t seen any elephants yet during your time in Africa, then a trip to the David Sheldrick Wildlife Trust is certainly one of the top things to do in Nairobi.

Established in 1977, in memory of the late David Sheldrick – a key anti-poaching activist, here orphaned baby elephants are cared for and raised, before being introduced back into the wild.

The trust actually occupies a part of the Nairobi National Park and the baby elephants (as well as the few baby rhinos they have) wander in the park when they are not being shown to tourists.

Largely speaking the trust is involved in some excellent conservation projects and stopping here to learn more about the work they do and the animals they care for, is one of the great things to do in Nairobi.

6 Relax at the Uhuru Park

The beautiful green space of Uhuru Park is set a little out of the city centre, but is a delightful place to get away from the smog and crowds in Nairobi.

Join the picnicking locals and businessmen relaxing on their lunch break as you soak up the cleanest atmosphere in the city.

Not costing a cent, this is definitely one of the best free things to do in Nairobi.

A Word of Warning: Uhuru Park is not safe to wander at night (like anywhere in Nairobi really) and you’d be silly to visit here around or after sunset.

7 Splurge at the Giraffe Centre

If you’re feeling flush, then a trip to Nairobi’s Giraffe Centre is a definite must in Nairobi.

Protecting the highly endangered Rothschild Giraffe is at the centre of the work here and your visit obviously supports their efforts.

It’s heart-warming to learn that centre have been very successful in their endeavours and many giraffes have been released into Kenyan National Parks to help swell the population.

Help keep the trend going in the right direction by paying these guys a visit and enjoy strolling, feeding or even receiving a kiss here from the most elegant animals in Africa.