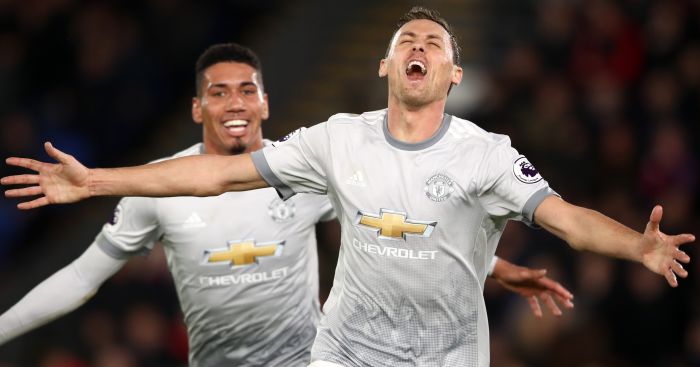 Manchester United duo Nemanja Matic and Antonio Valencia are in contention to face Spurs on Monday night, a report claims.

The duo departed United’s preseason tour of the US after suffering injuries; Matic needing abdominal surgery while Valencia suffered a calf problem.

Both have missed the opening two games of the Premier League season as a result, including Sunday’s shock 3-2 defeat to Brighton at the Amex Stadium.

According to the Daily Mirror however, both players have been back training at Carrington this week and could provide Jose Mourinho with a timely boost to his squad.

The Red Devils welcome Tottenham to Old Trafford on Monday night in a crucial early-season fixture with much improvement needed on Sunday’s display.

Mourinho is reportedly confident that both players will at the very least be part of his matchday squad, but is not hopeful that Alexis Sanchez will be back in time.

How Mourinho Reacted to Brighton Defeat

Jose Mourinho was so gutted with his players following Manchester United’s 3-2 defeat to Brighton on Sunday he could barely bring himself to talk to them in the dressing room.

The Seagulls stunned the Red Devils by taking a 2-0 lead inside 27 minutes at the Amex. United grabbed a goal back through Romelu Lukaku but Pascal Gross scored from the spot to give the hosts another two goal lead shortly after.

Paul Pogba converted a penalty late on which proved to be nothing more than a consolation for Mourinho’s side.

And according to The Times , Mourinho felt so let down by his players’ performances that he barely spoke to them at full-time.